From booking sites to video games: who are the winners and losers of the crisis 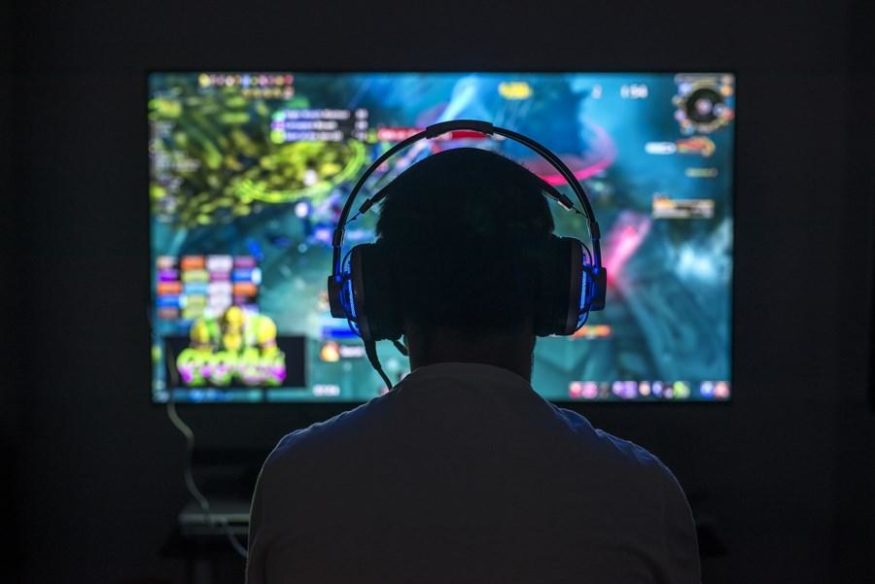 Even with the world in crisis, there are still those sectors that benefit – and those that lose much more than others

The Brazilian stock market has already lost R $ 1.25 trillion in market value in relation to the January highs. That month, companies listed on B3 had a combined market value of R $ 4.56 trillion. As of April 10, that number was already R $ 3.31 trillion.

This is the reality all over the world, with global exchanges accumulating losses of more than US $ 25 trillion, one of the greatest wealth destructions in history.

But even with the world in crisis, there are still those who benefit – and those who lose far more than others. The following is a partial list of sectors and companies that were most impacted:

One of the most affected, this industry could lose more than $ 250 billion in revenue this year alone. This would represent the worst crisis in the history of the industry, even more serious than the crisis of 2008 or the one that came after the September 11, 2001 terrorist attacks. In this context, companies like American Airlines, Delta and United have started using their fleet to transport cargo as an additional source of revenue, according to The New York Times.

With quarantines, travel restrictions and closed borders, the USA Today newspaper predicts that 25,000 hotels in the United States will close in the coming weeks, which corresponds to about 45% of all hotels in the country.

The Marriott chain is having occupancy rates below 25% in its hotels in the USA and does not foresee any improvement in the short term, especially when compared to China, which during the height of the crisis, had occupancy rates of only 5% in some regions.

The market value of companies like Booking and Expedia – which owns Expedia, Hotels.com and Trivago – have already dropped by more than 40% and 60% respectively. Even Booking Holdings CEO Glenn Fogel himself was tested positive for coronavirus.

With the closure of restaurants, the National Restaurant Association of the United States has estimated that the industry will lose more than $ 225 billion in revenue in just the next three months.

To make matters worse, the industry is one of the biggest job generators and could eliminate a total of up to 7 million jobs in the USA.

Cheesecake Factory and Bloomin ‘Brands – owner of Outback Steakhouse – have already lost 60% and 80% of their market value, respectively.

Application drivers, platform hosts, gig platforms and peer-to-peer are being dramatically impacted in the short term by covid-19.

Both supply and demand are reluctant to use these services given their high level of exposure.

Entertainment is one of the most impacted industries. With sporting events and shows canceled and casinos and parks closed, the industry is on standby.

AMC and Cineworld, the two largest movie companies in the world, experienced a market capitalization drop of 70% and 80%, respectively.

The Brazilian Time For Fun (BVMF: SHOW3), responsible for events such as Stock Car Brasil and the music festival Lollapalooza, had a drop in market value of almost 70% and has the lowest valuation in its history, at R $ 139 millions.

A survey shows that 44% of Americans will avoid crowds even after the pandemic: bad news for the industry that depends on large audiences.

After several cruises were quarantined and found it difficult to dock, the industry almost stopped and the main players went into “survival mode”.

Giants like Disney, Carnival, Princess, Norwegian and Royal Caribbean – among many others – have already announced the suspension of their activities. Among them, Royal Caribbean and Norwegian are worth, respectively, only 14% and 18% of what they were in January.

With traffic restrictions and closed shops, shopping malls are almost inoperative. In addition to the short-term shock to tenant sales, they are likely to face difficulties in honoring their rents, which will force malls to make exceptions or begin to close contracts.

In both scenarios, the malls’ revenue will drop a lot during the period, with the risk of considerably increasing their vacancy in the post-pandemic.

With restrictions on travel, closed trade and quarantine, fuel consumption has dropped dramatically, reaching a drop of around 20 million barrels per day in April.

Given the context, OPEC +, which includes Russia and Saudi Arabia, is looking for deals to cut production and ease price pressure.

Road, metro and other transport concessions, such as taxi

In the same reasoning as the previous group, restricting travel and people working from home will greatly reduce the need for mobility.

Thus, the transport industry will continue to operate well below capacity in the short term, with a gradual recovery only after the resumption of circulation of people.

Gyms, coworkings and other monthly subscription services in person

The temporary closure of establishments such as coworkings and gyms, added to the need to save during this period of uncertainty, will lead to cancellations in subscriptions.

This will have an impact not only during the confinement period, but it will also require efforts by these companies to recover subscribers lost in the post-quarantine – which a gym in the USA has already done, until it blocks the cancellation of subscriptions.

Sudden changes in consumer spending patterns can reallocate more than $ 100 billion in restaurant sales to retail channels, points out a Barclays report.
Thus, the closing of restaurants and panic buying will transfer expenses that would go to restaurants for supermarkets. Although short-lived, this can represent a 32-60% increase in sales in the quarter, reaching an increase of 8-15% in the year.

While people are quarantined, social media apps have become an alternative to isolation.

After spikes in traffic on his platforms, Mark Zuckerberg said “he was just trying to keep the lights on.”

From 10 million daily users to over 200 million: that was the growth of Zoom, online conferencing software, in the last few months.

With universities, companies and events going online, platforms like Zoom, RingCentral and Microsoft Teams have benefited.

More broadly, with the increase in the home office, online solutions have become necessary, with companies like Slack and DocuSign standing out.

In addition, as VPNs are required to establish secure connections to the company’s servers, companies like NordVPN and AtlasVPN report a boom of 165% and 124%, respectively.

Demand is so high that Direxion will launch a “Work-from-home” ETF to monitor the performance of companies that benefit from the home office economy.

At a time when going to the hospital is not advisable in mild cases, telemedicine has become the ideal solution.

Since the beginning of the pandemic in the USA, Amwell, a telehealth application, has seen a 158% increase in usage, while Plushcare has seen a 70% increase in its revenue.

Meanwhile, the Brazilian government has temporarily regulated telemedicine. If it shows promise, it is likely to be maintained after the pandemic.

With great variations in results, food delivery started as one of the most promising branches after the emergence of covid-19. At the beginning of the lockdown in the USA, the number of orders grew by 30% in just one week.

But in Europe, where the lockdown has lasted longer, Uber Eats had a drop in daily users of up to 23% in March. This is explained by the fact that recurring customers, who account for more than 90% of deliveries, have reduced the frequency of their orders.

Despite this, companies that deliver grocery purchases have grown. Instacart, for example, saw a 218% increase in the number of daily downloads.

With people staying at home, streaming video platforms like Netflix, Hulu, Disney + and Twicth.tv have seen a boom in their usage rate.

Netflix, which reached its transmission record, decided to temporarily decrease the quality of its videos in Europe by decreasing internet consumption.

In a period when staying at home is almost a must, online games have become one of the main pastimes.

Steam, one of the world’s largest game distributors, reported more than 20 million active users in a single day in March, the highest number in the company’s 16-year history.

In this context, companies like Activision Blizzard (ATVI) and Electronic Arts (EA) are benefiting greatly.

In late March, Verizon reported that the operator was making 800 million wireless calls a day, twice the daily average for Mother’s Day, the busiest day of the year.

In addition to the increase in the number of calls, the average call time increased by 33%.

But it’s not just good news …

But despite the increase in the use of social media, streaming, television, internet, and content, this does not mean that the revenue of these companies is increasing.

Google, Facebook and Twitter, for example, despite record traffic, are seeing a huge decrease in demand for ads.

The same is true for TV channels, which have increased the number of viewers but are having difficulties selling TV time to advertisers, as The Wall Street Journal reported.