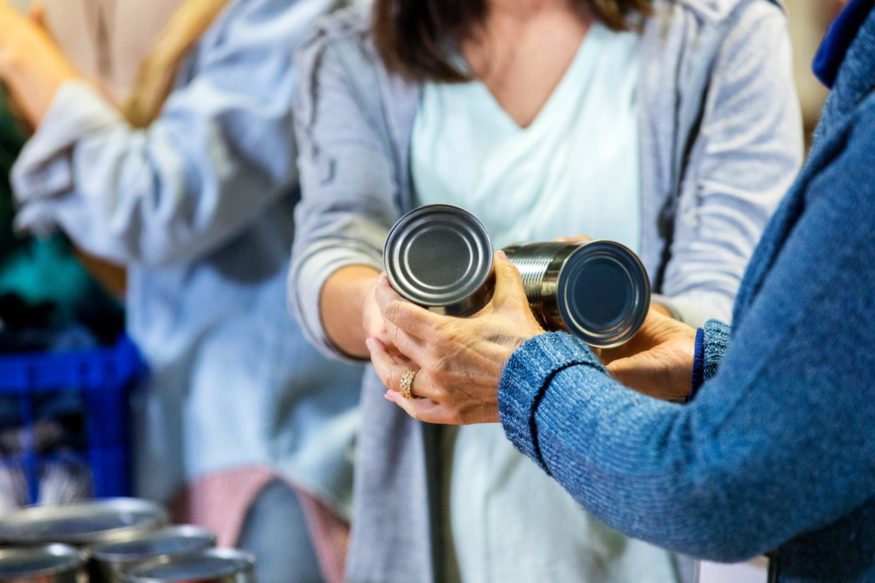 Since the arrival of the coronavirus, still in March, Brazil has struggled to keep its economy operating at the same pace as before and begins to show worrying rates, such as high dollar records and stock market fluctuation. This scenario worries everyone, but some feel more in the skin than others.

The quarantine and the closing of streets and shops caused a sudden cut in the income of self-employed workers and the closure of public schools that helped the poorest families with children’s meals, among other side effects. This ended up impacting a fundamental pillar of society: the third sector.

“These programs are in contact with people in need and are able to channel human, material and financial resources to contribute in the best way”, says Ricardo Teixeira, MBA coordinator in business and financial management at Fundação Getúlio Vargas (FGV), stressing the importance of programs and entities.

“People do not understand the level of inequality in Brazil,” says Andrea Gomides, an executive who started a career that had worked at companies like HP and Microsoft to lead the Ekloos Institute. The organization seeks to help and develop non-profit companies through mentoring throughout Brazil, whether virtual or in person.

The Covid-19 pandemic changed the organization’s operations, making the routine more difficult and demanding, but Andrea Gomides remains confident: “When you are in a crisis, you need to take the ‘S’ out of the word and start creating”.

Like her, Alcione Albanesi is another example of a successful executive who left her business career behind and is struggling even more in this moment of uncertainty. After building and making FLC the largest lamp company in the country, he decided to dedicate himself to the third sector. She has completed more than 26 years at the helm of Amigos do Bem, an organization she created that operates in the northeastern hinterland of Brazil, in the states of Alagoas, Pernambuco and Ceará. Every month, 75 thousand people are benefited by the project that provides education, work, income, water, housing and health.

Amigos do Bem offers educational opportunities for children, teenagers and adults in the region. Alcione recalled with joy that the first children benefited by the project are arriving at colleges and achieving a better life for their families. The plan is not just about helping families right away, but about getting them out of poverty and achieving a better lifestyle.

Of humble origin, Eduardo Lyra is aware of the difficulties that communities face, especially to obtain food at a time like this crisis: “They are an extreme risk zone, because they have nothing to eat”, he says. He is CEO and founder of the organization Gerando Falcões, a group that works in the peripheries and slums, seeks to promote children and adolescents through sport and culture, and professional qualification for young people and adults.

At the beginning of the crisis, Andrea Gomides created the “Rio Contra Corona” movement, to raise as many hygiene products as possible and protect Rio’s communities. Subsequently, the movement evolved to meet another demand from this population: hunger. Donations to the cause have already exceeded R $ 10 million.

The coronavirus pandemic forced the Amigos do Bem project to close educational centers and more than 10,000 children stopped receiving daily meals. In addition, the monthly collections of food, made with thousands of volunteers in supermarkets, to serve families in the hinterland also did not happen last month.

The situation of the Brazilian hinterland is, according to the organization, critical. The people who live there are geographically isolated from any hospital, source of medicines or resources. In addition to going hungry and thirsty, families in the region live in clusters and in mud houses.

To combat such poverty and need, the entity needed to create an emergency action plan. The goal is to maintain existing projects in the region and distribute resources to families, such as 60,000 basic food baskets, 25 million liters of water and 20,000 hygiene kits.

Caroline Albanesi, daughter of Alcione, says that the goal is far from being reached, but she does not lose hope: “We still need many resources. We are a continuous project, which not only serves, but monitors people’s lives, in all areas ”.

Gerando Falcões launched the “Corona no Paredão, Fome não” campaign with the intention of collecting 1 million basic food baskets, so that peripheral families from 11 states in Brazil do not need to leave home in search of money to feed themselves.

To help communities even more, Eduardo Lyra remembers the importance of the basic basket being delivered to people through a card. In this way, families avoid taking queues and agglomerations, and can use the money raised to buy food from local businesses and keep the local economy alive.

Technology in favor of charity.

For Ricardo Teixeira, technology plays a fundamental role in the third sector, as it facilitates the dissemination of news and makes it reach the public with the profile desired by organizations. “Influence networks are created, which find people interested in helping. The chances of success increase ”, he analyzes.

The digital campaign of Gerando Falcões, according to Lyra, already has the support of celebrities and relevant donations from businessmen, such as Jorge Paulo Lemann, Abilio Diniz and Olavo Setubal Jr. The project already has more than 15 thousand donors spread in more than 10 countries and benefits a network of partner NGOs.

Also using technology to her advantage, Andrea Gomides organized the “Festival UP”, a website that offers performances by artists from different areas in exchange for donations for this audience that is also going through a difficult time, since she cannot perform at the general public.

The website content will continue to be renewed until July 12th. The objective, according to Andrea Gomides, is to benefit up to a thousand artists across the country.

Ricardo Teixeira recalled that, even in a difficult time from an economic point of view, it is important that companies strive to help society: “the companies that contributed the most in the moment of crisis must be recognized again in the future”.

Amigos do Bem is collecting donations through its website to meet the immediate needs of the sertanejos who live in the region served by the program.