The age of antisocial social media 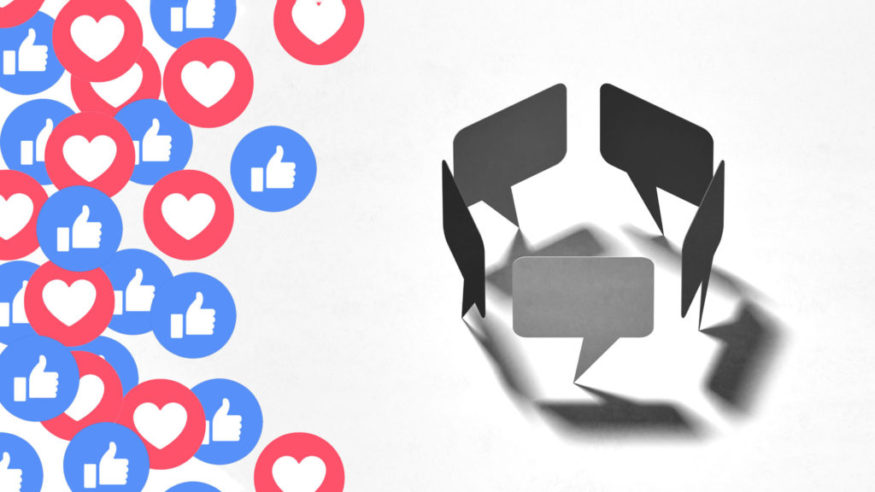 Social networking platforms continue to register strong growth – yes, even Facebook – despite growing opposition. Social interaction continues to dictate the rules in culture, in the news cycle, and even in our most intimate relationships. And today, we spend more time on the cell phone than ever before; much of it by rolling up and down the social networking news stories.

However, if we look more closely, we will see details of social network users with important implications for the way brands reach their consumers. Especially when you think about who is – and more importantly, who is not – determining the growth and popularity of social platforms, one crucial demographic group seems to be at rest: young people.

For example, the 2019 results of the Edison Research and Triton Digital survey show that the use of social networks in general among Americans aged 12 to 34 is either stable or declining, while the Global Web Index survey suggests that the amount of time devoted by Millennials and Generation Z to various social platforms remains stable, declining, or growing below that observed in previous years.

To understand what is behind this change, just talk to the young audience. They say that after spending years meticulously building their online identity and accumulating mountains of virtual “friends”, they now want to be themselves and make real friends based on common interests. They’re also looking for privacy, security, and a truce from the crowd that crowds social platforms – which includes their own parents.

To reach this young audience on the networks, marketers will have to rethink their approach. The first step is to understand the distinct characteristics of these more unique online spaces, and usually with greater privacy and interaction. Since I believe that naming a trend helps to give a parameter to their understanding, I will call these spaces “digital wheels”.

While social networking compares to a crowded airport terminal to which everyone has access but where no one would like to be, digital wheels would be an intimate oasis where smaller groups love to gather around common interests.

We’ll examine the characteristics of each, as well as how brands can successfully navigate the challenges of reaching audiences in these environments.

Exchanging private messages or in small groups-usually, but not necessarily, with real-life friends-is the main purpose of the meeting.

In 2019, a survey by ZAK, an advertising agency focused on young audiences, revealed that nearly two-thirds of the 1,000 people interviewed, all under the age of 30, said they prefer to talk through private messages as opposed to open forums or pages. Sixty percent of them said talking in private groups allows them to share more openly.

Private message wheels usually exist on social networking platforms. Facebook Messenger and WhatsApp are the best known examples. According to ZAK’s survey, 38 percent of people under 30 use Facebook for private messaging only. Instagram, the only platform with a growing trend among young Americans, recently launched a new portable application called Threads, developed exclusively for quick messaging to close friends via camera and text.

Most of the time, the tags don’t get into these closed chats. Some have responded by adapting similar technologies, such as text messaging (whether with humans or chatbots reproducing the intimacy tone characteristic of conversations between friends.

An example is Text Rex, a customised text messaging service for restaurant recommendations exclusive to members of The Infatuation, a site specialising in the subject, and a favourite among millennials. Users can type questions such as “Where can I take my girlfriend to dinner in Manhattan?”, or “Where to eat the best sushi at lunchtime in Santa Monica?”, and get answers from real people (who work in Infatuation).

Another example is Community – another text messaging service launched last year to help companies, artists and celebrities communicate directly with fans via text messaging, “without ending up buried by sharing streams and algorithms. The biggest users of Community are celebrities (including Kerry Washington, Amy Schumer and Paul McCartney). But some brands like MadHappy, APL and Beautycon have also registered. The opportunity for brands to communicate directly with their consumers through a channel already used by them is a promising move.

Tip: This is the most difficult wheel to access for marketing professionals. Get to know your audience closely, beyond the simple demographic statistics. Strive to know their habits – especially how they consume content and communicate through multiple platforms – and use this data to feed the channels in which you communicate with them. Think about how you can reach your customers by copying their behavior.

Private or semi-private forums with a focus on interaction, where people come together according to common interests, beliefs or passions.

Like private message wheels, micro-community wheels are usually within social networking platforms. Perhaps the best known example is Facebook Groups. Instagram’s “close friends” function has already become a tool used by digital influencers to share unique content and interact with small groups of followers for a fee. Slack, better known as a messaging tool dedicated to the professional area, is also a place where microcommunities connect to share common professional interests.

YouTube has always been, and continues to be, a center for highly specific communities, especially among teenagers. Certainly, anyone can engage with a YouTube video, but the abundance of channels shows that there is room for every niche of interest possible and imaginable. For the user, the effect of navigating a huge ocean of content to find something of some importance – added to the intimacy produced by the camera-focused video style and the fidelity resulting from channel signatures – is revealing. (The same cannot be said of the Chinese application Tik Tok, which, despite phenomenal growth, is strongly geared toward the consumption of a seemingly endless history of entertainment videos fed by an algorithm. It does not allow the user to intentionally connect to specific communities of interest).

Microcommunity wheels can also appear in the most unexpected places. Young people are gathering, for example, at Discord – a voice and text platform developed for gamers, which has already become an invisible pole for beauty-obsessed people, with multiple servers dedicated to topics such as make-up or non-animal testing products.

Brands can connect with existing microcommunity wheels through partnerships with influencers, or by investing time and resources to build their own wheels from scratch – a heavier job, of course, but one that can be worthwhile.

An example of this is Sprite, which launched a campaign in the Latin American market last year called “No Estás Solo” (“You’re Not Alone”). With the help of an agency, the company used Google data to determine specific weaknesses that were the subject of Internet searches by young people. It then established Reddit forums headed by certain influencers who had already experienced the same problem, such as the feeling of being in the wrong body. The result was bitter discussions about loneliness, coordinated by Sprite.

A similar example was the private group Slack created by the beauty brand Glossier, often cited as one of the most respected by millennials consumers. Created exclusively so that its consumers could talk about beauty related issues, organize meetings and discuss products, the group ended up collaborating in the development of one of the brand’s best selling products, Milky Jelly Cleanser. At one point, this kind of forum played the role of market research. Today, it also works as an engine for fan clubs, while allowing the company to respond quickly to any topic that may arise from there.

Tip: These wheels are not registered by Google or announced by the platforms themselves, which means they can be difficult to find by traditional ways. Study your audience to identify the trail that can lead you to your microcommunity wheels. And then join an existing wheel, or create your own.

Public or private forums for the purpose of sharing experiences – usually about a specific common interest – in a community by affinity.

Perhaps the best example of such a community is Fortnite, a multiplayer video game with over 200 million users, eight million of whom are online all the time. The game has already become a real social network, thanks to the role it plays in the lives of its players. In fact, half of teenagers say they play to connect with their friends – some of whom they don’t even know personally. Most of them spend as much as six to ten hours a week connected to the platform. Last year, EDM (Electronic Dance Music) DJ Marshmello put on an in-game virtual show, with 10.7 million people “present. Fortnite is part of the entertainment category, but more than that, it is a catalyst in bringing together people with common interests to share experiences. And the game’s learning curve gives it an aura of exclusivity.

The Twitch video streaming platform has a similar function. Live streams, mostly from gamers sharing their own game, with audio comments for fans, who can watch and interact via chat. Twitch users consumed 592 billion minutes of free content last year, and Twitch recently added categories in addition to games, such as music and sports. Like Fortnite, the main feature of Twitch is its entertainment value, but the loyalty results from its community and the enthusiasm that forms around a common interest.

So how can marketers target their audience’s specific experience-sharing wheel? In the same way as other wheels, they need to identify the communities and parts of the culture that their brand fits into. Then, determine the online experiences these audiences are looking for. Brands like NFL, Marvel, and Nike have done just that; leveraging Fortnite, for example, to reach your audience by selling “skins” (stylized weapons and costumes for in-game avatars), creating mashup games, and launching in-game limited edition products.

Tip: The secret is customization. Do not simply reproduce what happens on other platforms, which can end up being “a shot in the foot”. Instead, pay attention to the behavior of the people who are part of the wheel you want to achieve and try to imagine what values you can add to them. Finally, be creative about the products and messages you will use to engage them.

No doubt the trend of digital wheels is on the radar of major social platforms. “Today, we already see that private messages, passing stories, and small groups are the fastest growing areas of online communication,” Mark Zuckerberg wrote in a public posting in March 2019, announcing the shift in strategy toward a more private communication model.

Zuckerberg is aware of this change not only because the data shows that Facebook is losing its young audience, but also because redirecting attention to more private communication formats poses a bigger challenge for the company. About 98 percent of Facebook’s revenue comes from advertising, and the public within more closed forums is harder to reach on a larger scale.

It’s not easy to reach the public gathered in a digital wheel. But with the growth of social networks, and their consequent overcrowding, it naturally becomes more difficult and expensive to reach its members. Thus, digital wheels become a much more attractive alternative – one that demands more fieldwork and more careful analysis, but with high potential returns for brands in terms of loyalty, retention and lasting love.

Sara Wilson is a brand and digital content strategist, and helps companies and influencers find, engage, and build their audiences on the various digital channels. As founder and director of SW Projects, she advises brands such as Bumble, The New York Times, National Geographic, Sony Pictures Television, Bustle, Playboy, among others. Before founding SW Projects, she oversaw lifestyle partnerships on Facebook and Instagram.