The 100 most reputable companies in the Brazilian market 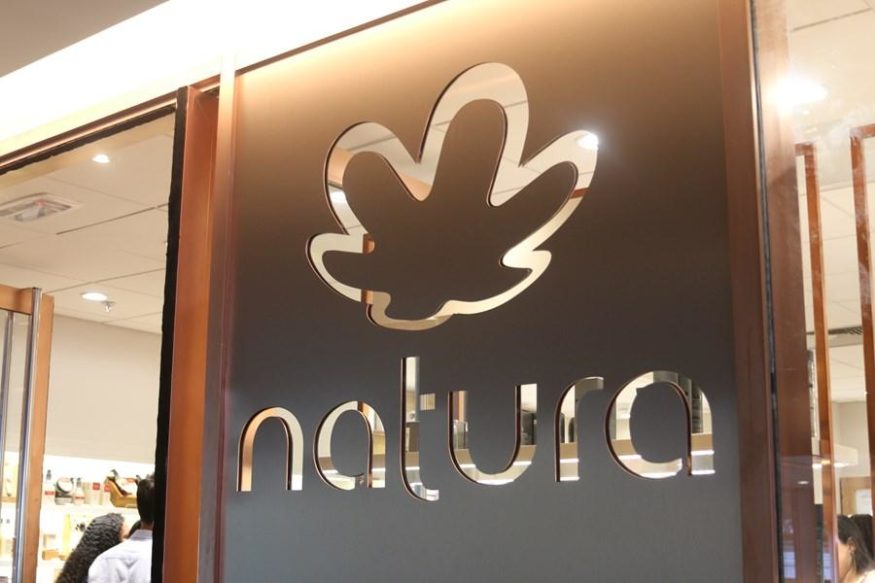 SÃO PAULO – Making a company a reference in the market and having a good reputation in the corporate environment is a great challenge. But, some manage to stand out.

For another consecutive year, Natura was elected the company with the best reputation in the Brazilian market by the Corporate Reputation Monitor (Merco), sent first hand to InfoMoney. The survey is based on data referring to 2019.

“Reputation is the recognition of a company’s corporate behavior, this perception of stakeholders by the company, and this is related to the fulfillment of commitments,” explains Lylian Brandão, general director of Merco Brasil in an interview with InfoMoney.

The survey consists of more than 4,000 interviews with different agents who work in the corporate market. For this survey, more than 370 business directors, about 500 market specialists (financial analysts, economic information journalists, unions) and more than 3,000 consumers were interviewed. The research was audited by the consultancy KPMG.

The most viewed by the market

In addition to Natura, the top 5 companies that have the best reputation in Brazil have Ambev, Itaú Unibanco, Grupo Boticário and Google – this being the only non-national among the top five.

For Lylian, the fact that these companies always figure well in the reputation rankings shows an effort to maintain a commitment to sustainability and trust with customers and society in general.

“A longer look at the long term, focus on sustainable business models and maintaining the commitment to society are common points among these companies”, he explains.

The director also argues that, over the past few years, companies have realized the need to have a more comprehensive view of the company’s business and performance in the economic environment that it is in.

In other words, for a company to strengthen its image before the market and customers, it is necessary to have consistency in the company’s speeches and a character of concern and care for employees, customers, suppliers and civil society in general.

“Companies started to understand the importance of this broader vision, which is truly a commercial activity. It is not just looking at the financial result, it is necessary to pay attention to other points that are increasingly relevant to society ”, concludes the director.

Lylian also explains that, although it is complicated to build such a good reputation to be among the first placed, once consolidated, it is easier to maintain that good image before the market.

“In the top 10, companies have few fluctuations. The biggest challenge is growth, so the fight is bigger up there. Better companies are concerned with society as a whole, ”he says.

Founded in 1969 in São Paulo, the company is present in more than 60 countries and has more than 40 thousand employees worldwide. After acquiring rival Avon in 2019, Natura became the fourth largest beauty and cosmetics company in the world. The Natura Group also owns the English company The Body Shop and the Australian company Aesop.

The company has been chaired since 2016 by João Paulo Ferreira. In Merco’s list of the most viewed leaders in the Brazilian corporate world, Ferreira was in eighth position. The global CEO of Natura & Co, the group that controls the company, is the Brazilian Roberto Marques.

The company obtained the maximum score of 10,000 points in the study.

Controlled by Belgian AB InBev, Ambev, the largest brewery in Latin America and leader in the segment in Brazil, was the second company with the best reputation in Brazil.

Well known for its popular beer portfolio, which has names like Skol, Brahma and Budweiser, in recent years, Ambev has diversified, betting on non-alcoholic beverages segments, such as soft drinks and juices, and even energy drinks and distilled drinks.

The company scored 8784 in the study.

Chaired by Candido Bracher, Itaú Unibanco is the first financial institution to appear on the Merco list. The bank, which is the largest in Brazil and Latin America, ranks third among the companies with the best reputation in Brazil.

Roberto Setubal, a former president of the bank and today a member of the board of directors, was elected the third most regarded business leader in the country.

The company scored 8449 in the study.

Another brand representing the beauty and cosmetics sector in the list of companies with the best reputation in Brazil is Grupo Boticário.

The group has major brands in the world of beauty such as O Boticário, Eudora and Quem Disse, Berenice ?.

With more than 3.7 thousand stores spread across the country, Grupo Boticário is a major competitor of the first place Natura. The company scored 8332 in the study.

Google is the best placed foreign company to integrate Merco’s ranking in the country. The company is chaired in Brazil by engineer Fábio Coelho, who is also the vice president of Google Inc.

Merco’s survey also showed that Coelho is the second most admired business leader in the Brazilian corporate market.

In addition, Google is the most desired company to work among university students in business, engineering and technology in several countries.

The company scored 8328 in the study.

Chaired by Marcelo Mechior, Nestlé is the second best placed international brand in the ranking. The Swiss food and beverage brand has been operating in Brazil since the 19th century, but it was only in 1921 that the company established itself once and for all in the country, with its first factory built in the city of Araras (SP).

Brazil is very important for Nestlé, as it constitutes the brand’s four largest market – which had revenues of around 92.5 billion Swiss francs worldwide in 2019.

The company obtained a score of 8110 in the study.

Chaired globally by Tim Cook, the company is considered one of the most important worldwide in the production of smartphones and technologies in general.

The company scored 7986 in the study.

Chaired by Octavio de Lazari Jr., Bradesco, the second largest private bank in the country, remained in eighth place. Octavio was also among the leaders with the best reputation in Brazil, being listed in 36th position.

Founded in the 1940s by businessman Amador Aguiar, Bradesco was once the largest bank in the country and achieved the feat of, in 2010, being the only private financial institution to be present in all municipalities in Brazil, having at least one branch or post in each of the country’s cities.

The company scored 7975 in the study.

The Japanese automaker is one of the companies that has most improved its reputation in the Brazilian market. In two years, the company climbed about 10 positions, an oscillation not very common in Merco’s ranking.

To a large extent, the confidence of the Brazilian business community with the company in the country has grown after great results from Toyota in Brazil and a good work of approximation and transparency with Brazilian consumers and partners.

The company is chaired in Brazil by Rafael Chang, who is also on the list of the most respected business leaders in the Brazilian market in the 40th position.

The company scored 7639 in the study.

Known for emerging as one of the most beloved retailers of the Brazilian investor and winner of the Best Companies on the Stock Exchange ranking, carried out by InfoMoney in partnership with Ibmec, Magazine Luiza has increasingly improved its reputation in the country’s corporate market. The company scored 7583 in the study.

Although the company’s results in recent years are impressive, one of the factors that helps the company to launch itself as a reference company in the market is the excellent reputation of its board of directors and its directors.

For another consecutive year, Luiza Trajano, Chairman of the Board of Directors of Magazine Luiza, was elected the most respected leader in all of Brazil.

Luiza is the niece of the founders of Magalu and started working in the family company when she was 12 years old.

Luiza’s role in the company was fundamental to the important leap in innovation and growth that placed Magazine Luiza among the largest retailers in Brazil.

In the 25 years he was in charge of operations, Luiza expanded its stores to several locations in Brazil, in addition to going public on the stock exchange in 2011.

The fact that Luiza Trajano is the most respected business leader in Brazil opens space for an important debate in the country’s corporatism: the lack of women in business leadership positions.

Although it is significant and symbolic to have a woman at the top of a list of corporate leaders, the general absence of female representatives in the overall ranking is evident: among the 100 names, there are only 10 women.

For Lylian, from Merco, the result is a direct reflection on the low number of women in senior management positions in large companies.

“It is a picture of the market itself. However, even though there is not a significant percentage of women as business leaders, this does not mean that they are concentrated at the bottom of the table ”, explains the director.

Check below the list of 100 companies with the best reputation in Brazil:

Merco assessment integrates the perception of 16 different sources of information on the most diverse variables that may constitute a company or the profile of a leader.

Merco investigates a series of questions, based on 4,189 interviews conducted with three major groups: directors of large companies, specialists from various sectors (financial analysts, members of the government, academics and representatives of NGOs, among others) and consumers.

First, directors of large companies name the 10 most respected companies in the market in their view, except theirs. Then, this list is passed on to several specialists who evaluate from 0 to 100 each of the companies on the variables of which they are aware.

Then, a field research work is carried out with the general population (consumers). There is also an assessment of the activity of the brands mentioned in the company’s own advertising channels and the communication of the generated reputation (social media, digital influencers, network users, etc.)

Finally, Merco technicians evaluate the main indicators of the companies included in the ranking so far to reach the first 100.

This is the part of separating the indicators and data from responses and valuing all these variables to arrive at a final score for each company mentioned.